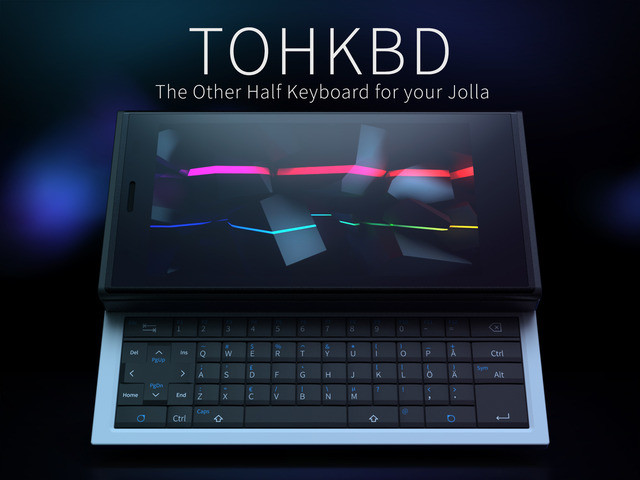 Although the first Jolla device was released close to a year ago, it has been quite some time since we have heard anything new from the ex-Nokia team. Luckily, it looks like there might be a new accessory on the horizon for Jolla device owners in the form of a physical keyboard.

While this has yet to be made official, it looks like a new keyboard attachment will be released some time in the next day on Kickstarter. Sure, we might scoff at the notion of using a physical keyboard in this day and age, but this new project is a bit more interesting than a standard Bluetooth keyboard attachment.

The keyboard is slim and designed in a manner that allows it to be quickly removed from the phone. The keyboard attaches via magnets and will allow users to strip off the keyboard instantly. Lastly, for those that type at night or in dark areas, the keyboard is illuminated making typing that much easier.

If you are interested in this device, check the Kickstarter page that should be going live in the next 10 hours. As we hear more details of this announcement, we will continuously update this post.