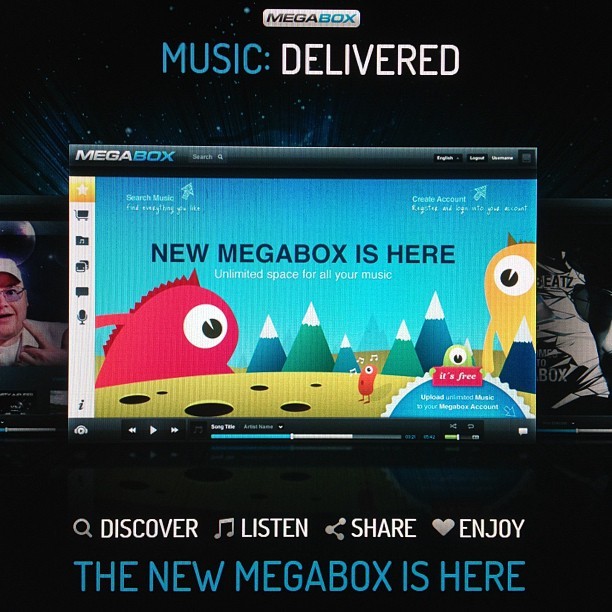 MegaUpload founder Kim Dotcom may be pretty busy these days with his current court battles, but he still has time to chat with his fans. Recently, Dotcom posted on his Twitter account that showed him with Apple co-founder Steve Wozniak. However, he's also using his Twitter page to promote himself and some upcoming projects.

In a second recent Twitter post, Dotcom showed an Instagram image promoting Megabox, an upcoming music online sharing service. Dotcom's message stated, "The major Record Labels thought MegaBox is dead. Artists rejoice. It is coming and it will unchain you."

Megabox is a venture that was first announced in December 2011. In a post to Torrentfreak, Dotcom said at the time that Megabox would " ... allow artists to sell their creations direct to consumers ....". Music makers would be able to keep 90 percent of their revenues, according to Dotcom. He even said there was a program in the works called Megakey that would allow artists to gain revenue even via free music downloads. Details on how this would have worked were not revealed at the time.

So why announce this project now, when Dotcom is surely having most of his time taken up with the MegaUpload online piracy case? It's possible someone else could be in charge of this project now and he's just helping to promote it. In any case, we will be keeping an eye out on his Twitter account from now on.