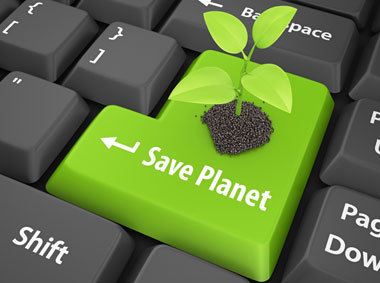 Microsoft took some hits a few weeks ago from the environmental activist group Greenpeace. The organization said that Microsoft was one of the worst tech companies that used cloud-based services in terms of not using enough "clean" renewable energy to power its cloud servers. Today, Microsoft announced plans that it claims will reduce its impact on the environment.

Beginning in fiscal year 2013 (which starts this July 1), Microsoft will be carbon neutral across all our direct operations including data centers, software development labs, air travel, and office buildings. We recognize that we are not the first company to commit to carbon neutrality, but we are hopeful that our decision will encourage other companies large and small to look at what they can do to address this important issue.

Turner added that Microsoft will charge a "new, internal carbon fee" inside the company. That means Microsoft's divisions must put in money into a fund when it uses energy that increases the company's carbon footprint. Microsoft said the new carbon fee is designed to encourage its divisions to create "incentives for greater efficiency, increased purchases of renewable energy, better data collection and reporting, and an overall reduction of our environmental impact."

The Seattle Times reports that Microsoft is talking with a number of nonprofit groups on how best to use the money raised by the new carbon fee to fund renewable energy and carbon offset projects.