Today, Microsoft held a virtual briefing where it announced its long-rumored Microsoft 365 consumer plans. The two plans will be called Microsoft 365 Personal and Microsoft 365 Family, and they'll be available on April 21. If you're already an Office 365 subscriber, you'll be automatically moved to the new plan. 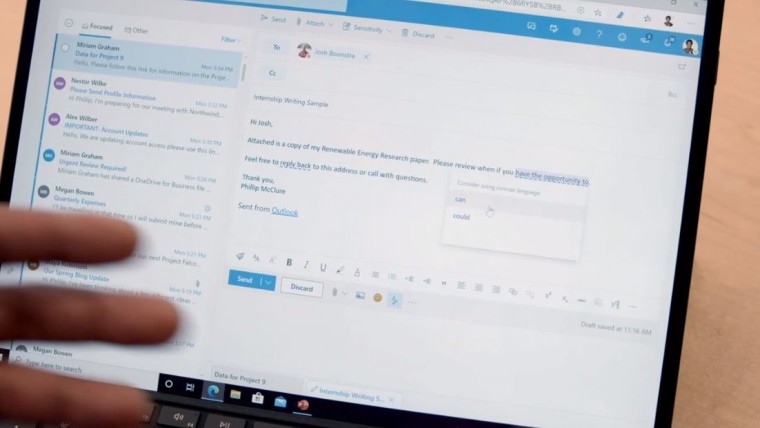 Microsoft talked up some new features coming to its Office apps such as the Microsoft Editor and new Excel features. Microsoft Editor is exactly what it sounds like, helping you to write better. It can offer style and grammar suggestions, and it can even compare your work to existing work.

But the two biggest improvements in Microsoft 365 Personal and Family is a new Family Safety app, and Teams for consumers.

Family Safety is a new app that lets you and your family stay in touch and open a dialog about digital usage. On Windows, Xbox, and Android, you'll be able to see which apps you use the most and how long you use them for. You can use that data to set screen-time limits and more, and you can also set those limits based on whether it's a weekday or a weekend.

Naturally, you can also set view the data for your kids, and set limitations for them. Microsoft says that kids will still have the privacy that they want, with the ability to shut off these features. You'll also be able to see where your family is on iOS and Android.

And then there's Teams for consumers, which is similar to regular Teams. You'll find a files section to locate data that you've shared between you and your family, tasks that you can assign to other people, and more.