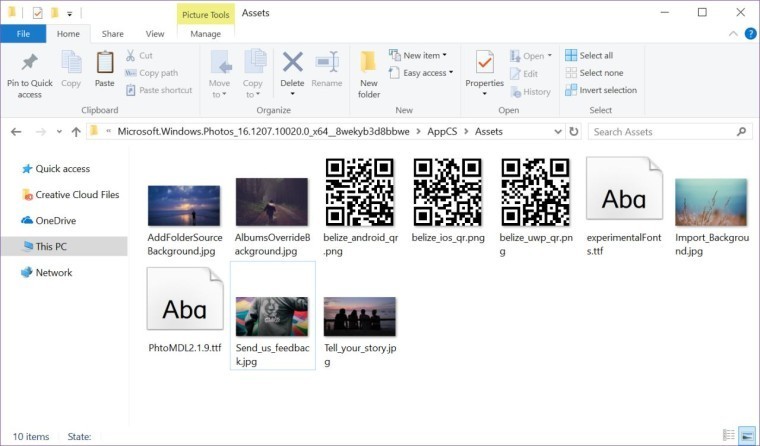 Back in May, we reported a job listing on Microsoft Careersthe company was hiring developers to work on a 'digital memories platform' under their very own 'Evoke Studio' identity. It seems that, six months later, the Studio is going to release a photo and video sharing service known as 'Belize'.

The news comes from a MSPowerUser reader, who located multiple 'Belize' branded files within the Microsoft Photos App folder. Included in the discovery is a 'Belize' branded logo, an image entitled 'Tell your story' and intro music samples. This builds upon the job listing as it seems the platform is likely going to include photo and video sharing features.

Additionally, there are three QR codes which direct themselves to the Hockeyapp portals for Android, Windows Phone, and iOS respectively. Hockeyapp is a Microsoft owned app-testing platform, acquired by the company in 2014. This naturally suggests Belize is going to be cross-platform when it eventually launches.