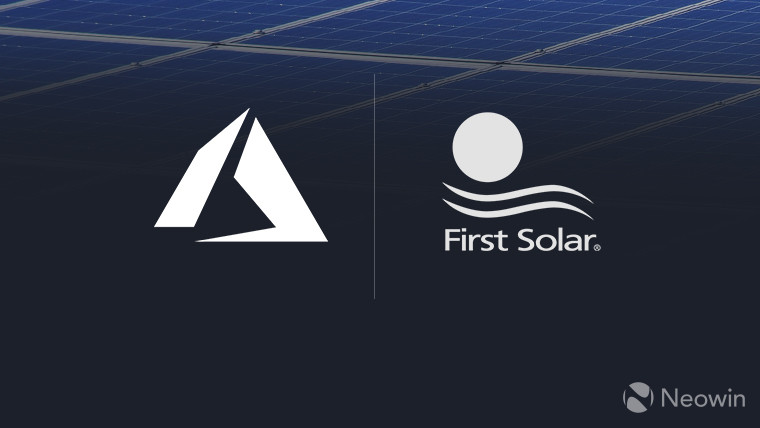 Like a fair few of the big tech companies, Microsoft has invested a lot in transitioning its operations to renewable energy sources, with two of its most recent efforts being in collaboration with EDP Renewables and Invenergy. Today, the firm has revealed yet another initiative in this sector, but on this occasion in Arizona.

Because it intends to build two new Azure data center campuses in El Mirage and Goodyear, the firm has chosen to partner with First Solar, which is working on its Maricopa County-based Sun Streams 2 photovoltaic solar plant. Set to become operational in 2021, the 150-megawatt plant will supply power to the two Azure data centers under a twenty-year agreement. This brings the Redmond giant's total renewable energy partnerships to nearly 1.5 gigawatts.

Of course, this is yet another step on the tech firm's goal of 100% renewable operations. In fact, it reached its target of 50% by 2018, and is set to cross the 60% this year, ahead of its "early next decade" target. With 70% planned by 2023, Microsoft was also keen to point out the fact that it's pursuing LEED Gold certification for resource use and waste generation.

A particularly interesting point relates to how the data centers themselves are cooled throughout the year:

The advanced design of Microsoft’s datacenters means that our planned datacenters will use zero water for cooling for more than half the year. Our design uses outside air instead of water for cooling when temperatures are below 85 degrees Fahrenheit. When temperatures are above 85 degrees, an evaporative cooling system is used, which is similar to “swamp coolers” in residential homes. This system is highly efficient, using less electricity and a fraction of water used by other water-based cooling systems, such as cooling towers.

In relation to conservation of resources, Microsoft has stated that it has gotten the ball rolling on a water replenishment strategy which seeks to "balance what our operations consume in water-stressed regions by 2030." Furthermore, First Solar stated that its solar power solution would help save "nearly 356 million liters of water" annually, compared to traditional power generation methods. In addition to all this, the Redmond firm has also invested in a local project whose goal is to sustain the water levels in Lake Mead.