In an interesting move, Microsoft has just announced that it is entering the laptop accessory market after recent studies reveal that notebook sales are outpacing desktop PC sales 3-1.With that in mind, the Microsoft Hardware team has been working on the software's giant first notebook accessory release which will first include a Notebook Cooling Base as well as special editions of the Arc Mouse. 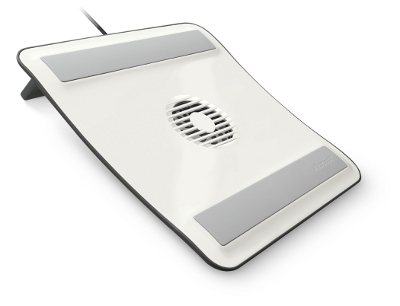 The Notebook Cooling Base is very stylish, and in my opinion looks like some eye-candy you'd see from Apple, which includes a build-in fan. The base can be used on any notebook and is contoured to rest on both desks and users' laps. It sports a very slim design, and is at a mere 1.16 inches thick. One of the features I'd most enjoy is the fact that it is USB based, so save those rechargeable batteries for something else! The cooling base will be available in black and white to fit your laptop's style. 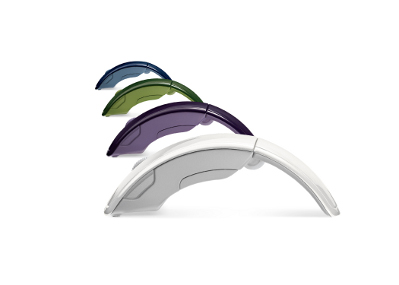 Remember the mouse Microsoft released last year that totally blew everyone's mind, well mine at least? The Microsoft Arc Mouse which has undoubtedly been a huge hit in the mouse market reached the top-10 list of best-selling mice after two months of being released to the market. With that in mind, Microsoft has also announced special edition colors to celebrate the achievement. The colors include: deep olive green, marine blue, eggplant purple, and frost white.

More information about the Microsoft Arc Mouse can be found here, along with a complete review by Neowin member Quillz.

The Notebook Cooling Base will be hit retail stores in July of this year for $29.95 (USD). The Arc Mouse in special edition colors will be made available this month for $49.95 (USD). However if you'd like to be one of the first people to own, and let us know your experience while you're at it, both are no available for presale on Amazon.com. These products are backed by a worldwide three-year limited hardware warranty from Microsoft, more information can be found on Microsoft's Hardware website.