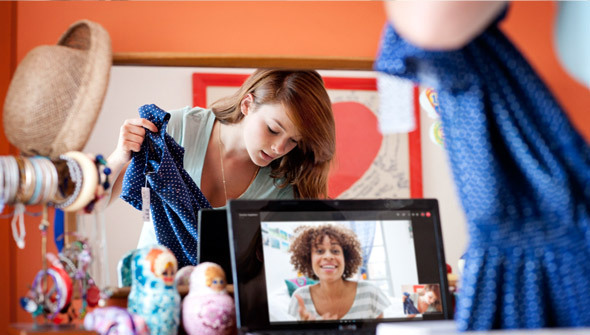 Microsoft has launched their very own Skype site on Microsoft.com, but the download still links to the skype.com website.

Earlier this year, Microsoft announced it had offered $8.5 Billion for the Internet communications company, the biggest acquisition Microsoft has ever made. In a press release on Friday, Microsoft confirmed what we already knew was inevitable, the deal had completed.

Microsoft announced that Skype is an entirely new business division within Microsoft. Steve Ballmer said that "Skype is a phenomenal product and brand that is loved by hundreds of millions of people around the world" and that Microsoft "look forward to working with the Skype team to create new ways for people to stay connected to family, friends, clients and colleagues — anytime, anywhere."

Microsoft has also already promised tighter integration of the app for Windows Phone and Windows in the near future, so we can expect to see that materialize soon, now the deal has completed.

But Microsoft has wasted no time including their latest acquisition within their catalog of products.

Thanks cleverclogs for sending in this news tip.