This week we've selected a review from ~johnny for his extensive Window Phone, HTC Titan round up. 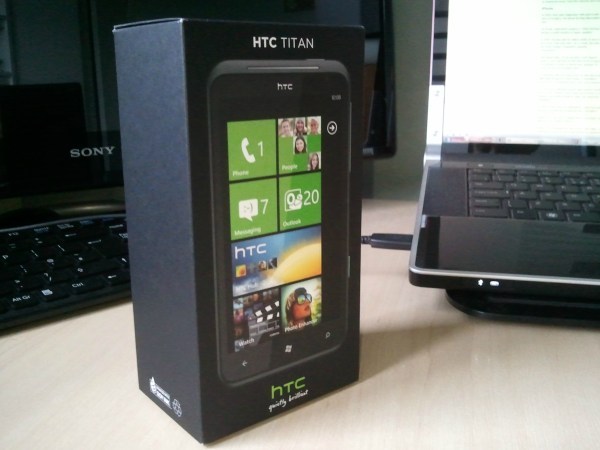 The HTC Titan X310e is an odd one. HTC promoted their large screened HD7 as an entertainment device, complete with kickstand to let you enjoy it’s large screen wherever, whenever. With the Titan, HTC have decided to make the screen bigger – even better for enjoying movies and videos, and even chucked in HTC Watch, a video rental service – but they’ve decided to kick out the kick stand. Not a great idea.

On the front of the device you have deceptively small speaker hidden under the speaker grill, a 1.3 MP front facing camera , the 4.7” 800x480 SLCD screen, and 3 capacitive touch buttons.
In a rather peculiar design move, the screen actually sits inside the battery cover – the battery cover is not only the entire back of the phone, but it’s also each of it’s corners, and even has the speaker grill from the front of the phone. It’s not something anyone will immediately notice, but it’s a unique touch to the design.

Read the rest of the review on our forums ->