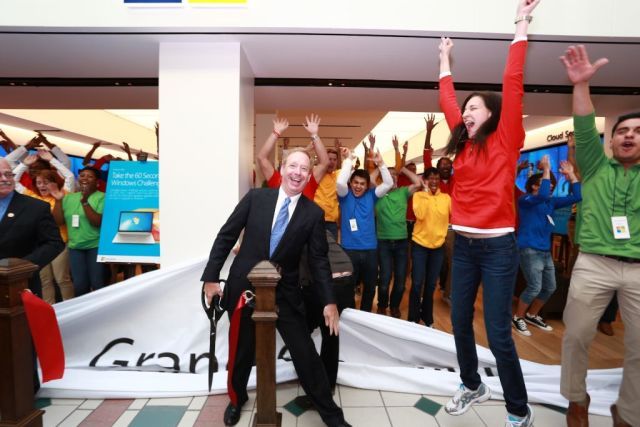 As Microsoft prepares for the launch of Windows 8 in late October, the company seems to be stepping up the number of openings of its Microsoft Store locations. Today, the ribbon was cut on the newest location in the Fashion Centre mall in Arlington, Virginia.

The Microsoft Store Facebook page has images of the event, which is the 21st brick-and-mortar location for the series of stores. Microsoft's official store website shows another 10 locations are "coming soon."

In July, Microsoft said it hopes to have 44 Microsoft Store locations opened by mid-2013. It also announced it would launch a series of temporary "pop up" stores for the holidays. It has already begun the hiring process for these temporary stores, which will be located in, among other places, Manhattan, downtown Chicago, San Fransisco and more.

Microsoft has already stated that its Surface tablet, which will launch alongside Windows 8 on October 26th, will be sold in its Microsoft Store locations. So far, Microsoft has not announced any more retail partners for Surface, which may mean that when Surface debuts, it may only be available in those locations, at least at first.