Microsoft Research has just released a new app for Windows Phone with a rather interesting name: Time Of My Life. No, it's not a "Dirty Dancing" fan fiction app but rather a way for its users to keep track of where they spend their day. 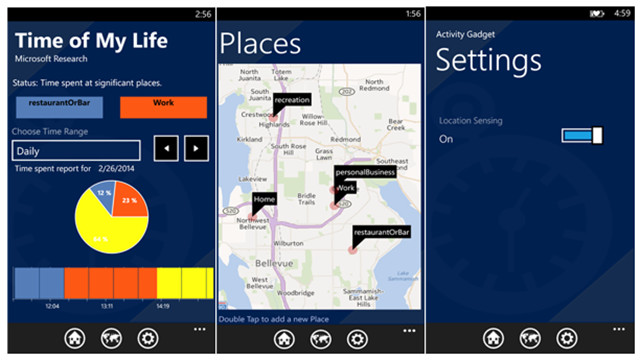 In a blog post, Microsoft says that the app has been designed to offer users daily, weekly and monthly graphs to show how much time is spent at specific locations in a person's life. It is supposed to alert users when they are spending too much, or too little time at home, work, or other places and activities.

The app, which is now available for download, is supposed to take a week or so before the graphs start offering useful information about a person's timeline. In theory, the app could help people budget their day better so they spend more time on things that are really needed versus just goofing off.

This is certainly not the first Windows-Modern UI app to come from Microsoft Research. The team has released a number of them in the past, including most recently the popular Network Speed Test for both Windows Phone and Windows 8.