TechRadar send word that on their way to a meeting at Microsoft's head quarters in Redmond, Washington they spotted a model of the planned Microsoft retail store. 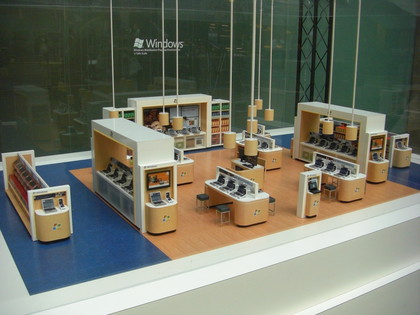 The model is a 1/18th scale of what Microsoft is planning for the future. In a light and airy atmosphere and crammed with laptops, PCs and the essential copies of Windows and Office it looks all a little too corporate for a retail store.

Interestingly from TechRadar's pictures you can spot pear shapes set as the desktop wallpapers on the laptops dotted around the store. Microsoft regularly takes digs at Apple in internal fun posters and internal videos so it's not surprising to see. 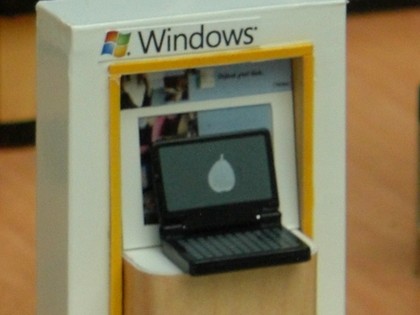 We first unveiled the Microsoft retail store concept back in January and have since reported that Microsoft is planning to open retail stores, specifically in Europe.