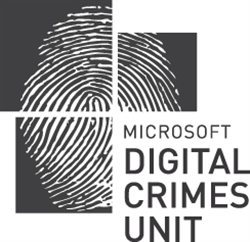 In September 2011, Microsoft went after the Kelihos botnet, shutting its operations down after it had sent out "billions of spam messages" via zombie PCs infected with malware. In January, the company named Russian programmer Andrey Sabelnikov as a defendant in its lawsuit surrounding the Keilhos botnet.  Sabelnikov later proclaimed his innocence in the case.

This week, Microsoft's Digital Crimes Unit announced it has reached a settlement with Sabelnikov and has now closed the Kelihos botnet case. In a post on the official Microsoft blog, the company said that while Sabelnikov was not actually involved with the operations of the botnet, he did admit he" ... wrote code that was used in the Kelihos botnet code." Terms of the settlement were not disclosed.

The identification of the code developer and the subsequent evidence compiled in this case allowed us to collect important intelligence and data on how botnets are built and how cybercriminals are able to access the code used to build them. This information is key to our future botnet investigations and you can be assured that we will continue to take action against cybercriminals in order to protect our customers and services.