Microsoft will permenantly plug an exploit found a few weeks ago in Internet Explorer 10 on Tuesday, March 10 as part of its regular monthly "Patch Tuesday" event, along with four more security updates that will fix problems in Windows, IE and Silverlight. 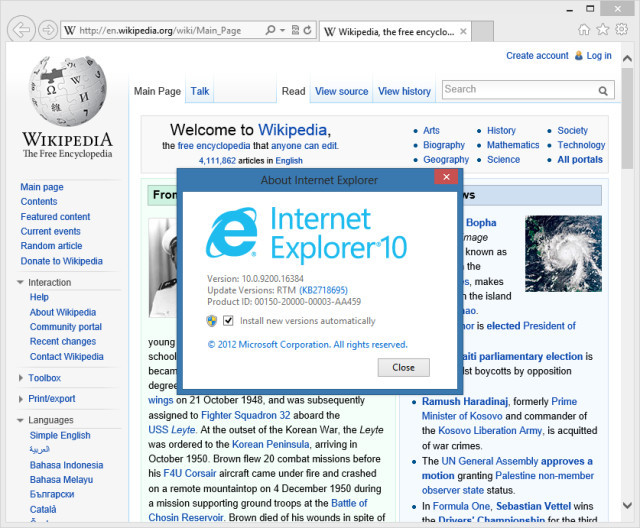 The IE flaw was first discovered in mid-February and since then Microsoft has released a small "Fix it" patch for both IE9 and IE10 that was meant to quickly close the exploit via a manual download. Tuesday's update will be issued automatically to all versions of IE9 and 10. Microsoft stated today, "While we have seen a limited number of attacks using this issue, they have only targeted Internet Explorer 10."

The patch will be one of five security updates from Microsoft on March 11th. Two of them are listed as "Critical" while the other three have been deemed "Important" by Microsoft, including one that's targeted at the Silverlight media player. The other two "Important" patches and both "Critical" updates are designed to fix problems in most currently supported versions of Windows and/or IE.

March's update will be the penultimate one for Windows XP. The final patches for the 12-year old operating system will be released on the next "Patch Tuesday" which happens on April 8th.