Microsoft's release of the Internet Explorer 11 preview version with Windows 8.1 last week also confirmed that the web browser would support WebGL. Microsoft had previously stayed away from using WebGL in older version of IE due to security concerns. 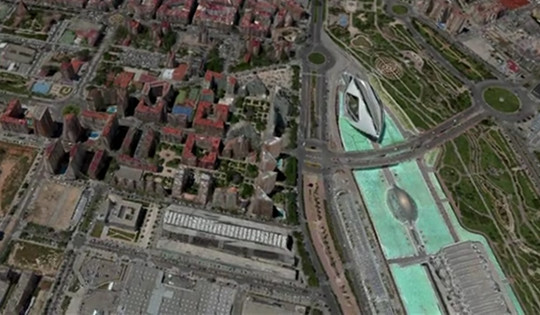 As it turns out, WebGL is also being used to help create another project at Microsoft. Liveside.net reports that, during the company's BUILD 2013 conference last week, Microsoft team members confirmed that the API will be used for the upcoming Bing Maps 3D release.

While Bing Maps have previously had a 3D plugin powered by Silverlight, also called Bing Maps 3D, but that project was shut down in 2010 in favor of the Bird's Eye 45 degree aerial camera photos. At BUILD 2013, Microsoft announced it would launch a new version of Bing Maps 3D later this year.

While the company didn't talk much about what was behind Bing Maps 3D during the keynote address last week, Liveside.net says it confirmed with Bing Maps Senior PM Johannes Kebeck that the 3D visuals will be based on WebGL. That likely means that IE11 will be able to run Bing Maps 3D in its browser without the use of a plug-in. There's no word on exactly when Bing Maps 3D will launch.