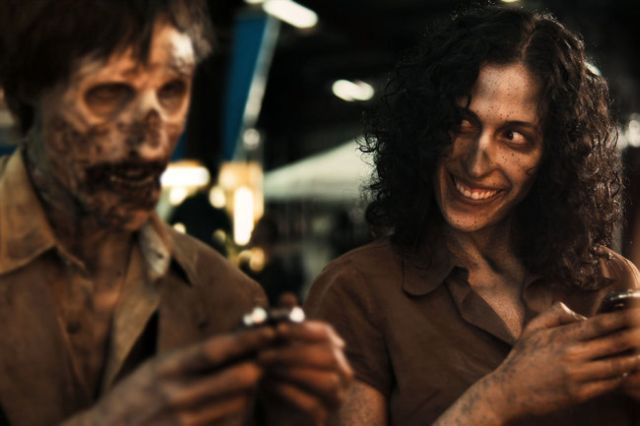 You might think that it would be difficult to rationalize seeing Microsoft's Bing search service working in a zombie apocalypse, but that's exactly what Microsoft attempted to do when it pitched a product placement deal to the AMC cable TV network for its hit TV show The Walking Dead. The show, which debuts its second season on Sunday, is based on the acclaimed comic book about survivors who deal with the undead.

The New York Times reports that Microsoft tried to explain just how Bing might work in a world filled with flesh eating former humans. "We pitched them last year where maybe the characters could find a library with a generator and do a Bing search," said Sean Carver, one of Bing's marketing directors. But as Melissa Wasserman, the vice president of advertising sales marketing at AMC, correctly says, this is a show about the world taken over by zombies,  Therefore, " ... people aren’t using their computers or phones in the show."

But The Walking Dead is still one of the hottest TV shows to be released in some time. So Microsoft and AMC came up with a compromise. Instead of Bing showing up in the show itself, it would show up in a commercial that would not only promote Bing and The Walking Dead but also serve as a sweepstakes announcement where one of the show's viewers could appear in the show itself. The article describes the commercial, which began running on Monday, but we won't spoil what happens during the ad here.