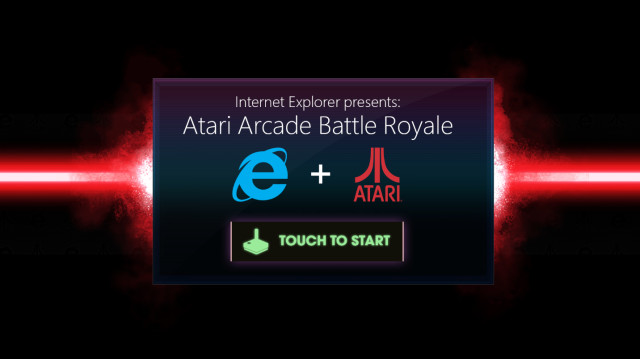 Almost exactly one year ago, Microsoft announced a partnership with Atari (before that company filed for bankruptcy earlier this year) that brought classic games to the browser space via HTML5 and touchscreens. Today, Microsoft announced that attendees of the PAX Prime game show in Seattle this weekend will be able to play these games for a chance to win a trip to the 2014 Tokyo Game Show.

The official IE blog calls the PAX Prime event the Atari Arcade Battle Royale, and it will take place throughout the show from Friday to Monday, using IE11 on new Windows 8 touchscreen PCs. Microsoft states:

The games making up the Battle Royale are Centipede, Missile Command, and Asteroids. Players will have 60 seconds in an accelerated level of each game to score as many points as they can. Your total score across all three games is what counts. If your score is in the top 20, your name goes up on our scoreboard for everyone on the show floor to see.

At the end of the four days, the single player with the highest total score by playing all three games wins a trip to next year's Tokyo Game Show. Keep in mind this is just for PAX Prime attendees only; the show sold out several months ago.