In December last year, Minecraft Pocket Edition and Windows 10 Edition received the Ender Update, bringing their versions up to a nice and clean 1.0, and added a large number of features focused on the ending of Minecraft. Microsoft has now announced the 1.1 version, known as The Discovery Update, to be the next major content drop heading to the game, giving plenty more reasons to keep exploring the already content-rich world. 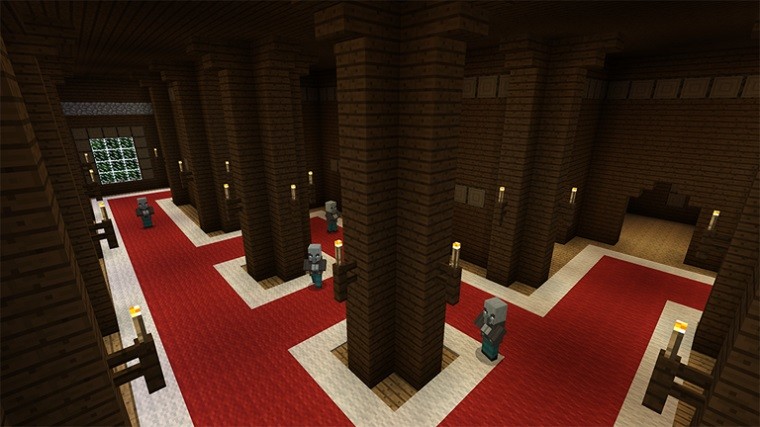 The new update includes tameable llamas that can carry chests, the cartographer villager who trades treasure maps for emeralds, as well as giant woodland mansions defended by Illagers (evil villagers), housing the "Totem of Undying", that can save a player from certain death.

New enchantments that allow walking on water, and repairing weapons are also included. Additionally, the update introduces dyes for coloring beds, glazed terracotta blocks, and concrete blocks, along with new add-on functionality to mess around with movement properties of mobs.

Microsoft will announce more details and the release date of The Discovery Update heading to the Pocket and the Windows 10 Edition of Minecraft in the future. In the meantime, a beta of the update is set to arrive for Android users soon.