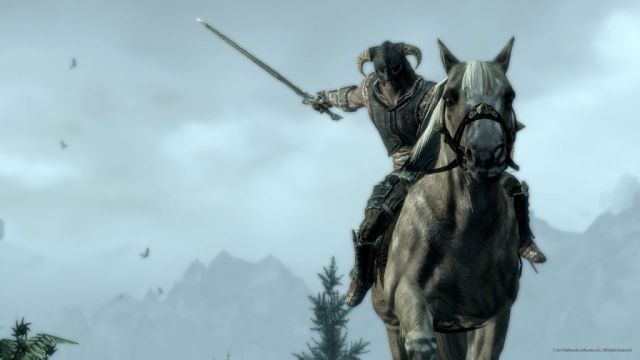 Bethesda Softworks and its in-house developer Bethesda Game Studios have been busy updating their hit fantasy RPG The Elder Scrolls Skyrim. A few weeks ago, Xbox 360 owners got a patch that added Kinect voice command support to the game. Now the publisher has announced that PC owners of Skyrim will be able to try out yet another new in-game feature.

In a post on the official Bethesda Softworks blog site, the company revealed that the upcoming 1.6 patch will add mounted combat to Skyrim. Yes, that means that if your character is riding a horse, he or she is no longer defenseless as they can do both ranged and melee combat moves while on top of their horse.

If you own the PC version, you can go ahead and download a beta version of the 1.6 patch right now via Steam.It also contains a number of bug fixes. There's no word on when the Xbox 360 and PS3 versions will add this cool feature.

Meanwhile, E3 2012 is coming up and we are hoping to see something of Dawnguard, the first expansion pack for Skyrim that's supposed to be released sometime later this year. Of course, we are also going to get to see Elder Scrolls Online MMORPG at E3 as well.