Only a day after the big iPad announcement from Apple, MSI has released new details of their Tablet PC, according to DigiTimes.  The Android based operating system will sell for $500 MSRP, but MSI mentioned that it will be flexible with what features consumers want.

MSI said it will “launch different models based on market demand”, meaning that MSI will revisit the chalkboard and develop a cheaper model for consumers.  The MSI tablet comes loaded with features like a built in camera, so users can record themselves while in front of their tablet and even take pictures.

The 10-inch Nvidia Tegra-based tablet PC will be running an Android based operating system, but full details have yet to be revealed.

MSI said the tablet PC will ship in the second half of 2010, roughly after the time the iPad is scheduled to ship. 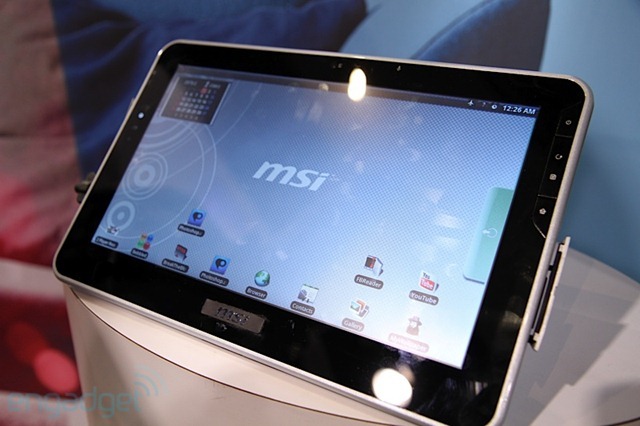