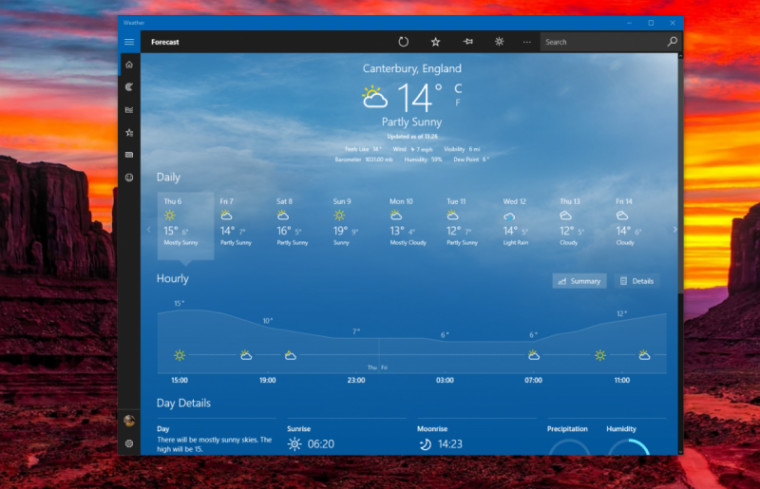 Microsoft has been updating quite a few of the in-box apps that come with Windows 10 for Insiders as of late. From Groove Music teasing Project NEON's elegant design cues to the Movies & TV app playing coy with Aero Glass.

However, some apps were politely waiting to be noticed by the company, waiting to be dressed in black as Insiders voiced their frustrations on the Feedback Hub over the disjointed support for Window's dark theme.

Today, Microsoft released an update to MSN Weather for Windows Insider in the Fast Ring that finally brings the app over to the dark side. Now users have three options, you can either stick with the eye blinding white, soothe your cornea's with the dark theme or play it dangerous and stick to the system's theme of choice.

In addition, all of Microsoft's MSN apps now wear the version 4.20.933.0 badge, with MSN News and the Sports app receiving minor bug fixes.

If you are a Windows Insider currently on the Fast ring, head on over to the Store to download the latest update for PC and Mobile.