Klei Entertainment made several new announcements on its official forums yesterday regarding the studio's challenging open-world survival title, Don't Starve. These included a brand new single-player expansion for the base game titled Hamlet, along with new content for the Shipwrecked expansion from 2015, and limited-time events for the standalone Don't Starve Together multiplayer expansion.

The Don't Starve: Hamlet expansion has our favorite beard-growing scientist, Wilson, finding a portal to a "lost town of aristocratic Pigmen", complete with "pig shops, houses, new items, biomes and more". There will also be ancient pig ruins to explore and find treasures in.

The developer does not have an exact release date for the expansion yet, and expects to launch it in the first half of 2018.

Meanwhile, the new content for the Shipwrecked expansion will arrive as a free update, with what is included in it seen below. The update is now available in beta form to all expansion owners on Steam, and instructions on how to enter the beta are available here. The beta access code is 'shipwreckedbeta'.

Lastly, the limited-time events heading to Don't Starve Together will start off with 'The Forge' in November on PC. According to the developer, these events will "serve as a way to mix up the experience, allowing us to try crazy new things without breaking the core game." 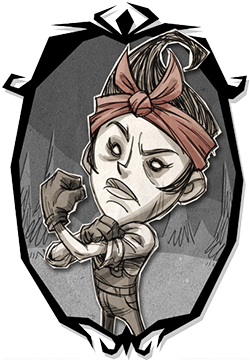 The Forge will be a six-player cooperative challenge where players must defeat the Battlemaster's army and his champion, the Grand Forge Boarrior by working together. There will be new creatures with unique attack patterns to deal with, but player characters will also have new traits, weapons, armor, items and combat abilities to help them in the fight.

Taking part in the events will net players new character skins, and any duplicates can be broken down for use in other items via the new trader. Beyond that, Don't Starve Together is also bolstered with a brand new challenger named Winona, who is now available on Steam and is heading soon to the console editions.

While the events are exclusive to the PC version for the time being, the developer said it is "looking into bringing them to other platforms at a later date."