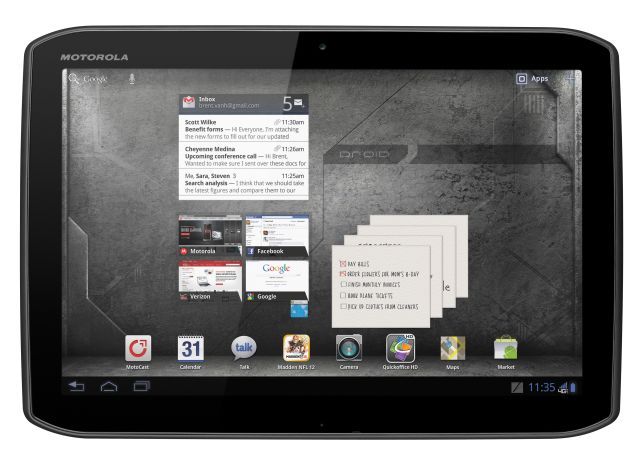 A few days ago, Motorola announced that it would be offering up a new tablet product, the Droid Xyboard, in the US. Today Verizon Wireless announced it would be selling the tablet products, in 10.1 inch and 8.2. versions, in its stores later in December.

Both the 10.1 and the 8.2 inch versions share similar hardware specs, including Google's Android 3.2 operating system. Verizon has promised a free update to Android 4.0 in the near future. Both also have a 1.2 GHz dual core processor along with 1 GB of RAM, a five megapixel rear view camera and a 1.3 megapixel front-facing camera. Both will also be able to link to Verizon's LTE network and will have a mobile hotspot features that allow up to five other devices to use the tablet's LTE connection.