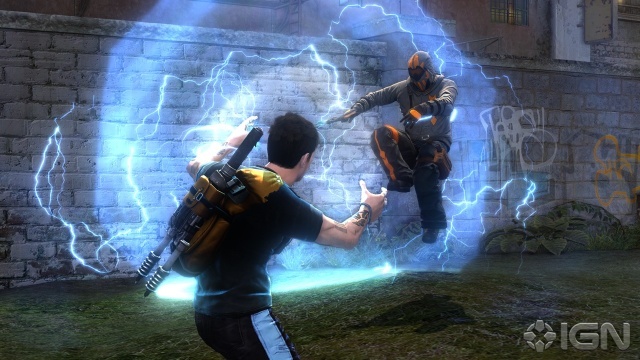 This week a barrage of news is coming straight out of Comic Con, the 'Nerd' center for information about upcoming movies, TV shows, games and of course, comics. One of the lucky games to get a personal panel was inFamous 2, and with the panel of developers from Sucker Punch Games, came a wealth of new information regarding the up and coming sequel to 2009's hit super hero open-world game, inFamous.

IGN have stated that the very controversial, character redesign is being scaled back, saying that they have seen images where the character is returning to the familiar design from the first game. This is good news for fans of the first game as it was not a very, welcome, change to the character Cole (the main protagonist of the series).

As well as this bit of news, a heap of news is revealed by Gaming Everything, all the details seen below:

The game is slated for a 2011 release, and will be available exclusively on the Playstation 3.