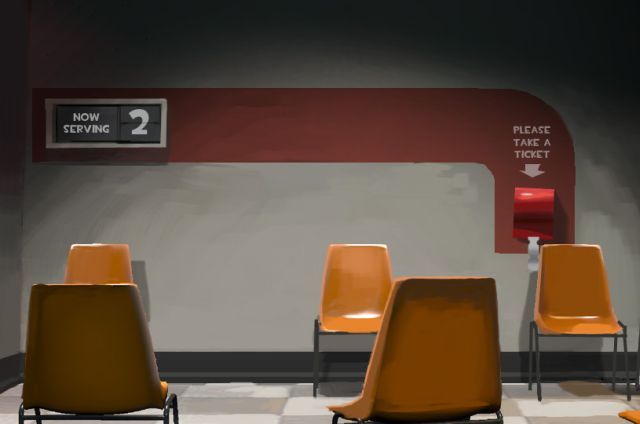 Valve could be planning another major content update for its hit multiplayer shooter Team Fortress 2, if the game's official web site is any indication. The site currently has, well, what appears to be bird poop all over the site. The poop is joined by a number of white birds on the site. The three birds that can be seen on the top of the site can be clicked on. Those are links that take the user to images that seem to show a large building, possibly a hospital, along with what looks like a doctor's office and a hospital waiting room (shown above).

That has led many Team Fortress 2 players to believe that we could be seeing the long awaited "Meet the Medic" video from Valve. It's been two years since the last "Meet the" video showcasing each of Team Fortress 2's playable characters was released and only the Medic and the Pyro are still lacking in that department. It could also be that we could see a new content update for the game itself that centers around a hospital map. For the moment, Valve isn't saying what their plans are.

In other Team Fortress 2 news, Valve recently announced the winners of its first annual Saxxy Awards. The winners, which were announced last week during the period of the E3 2011 news flood, celebrated the creators who made films based on Valve's recently added video editor to Team Fortress 2 in a number of catagories. Each winner got an in-game "handsome 100% Australium-plated Saxton Hale statuette" which can also be used as a melee weapon.