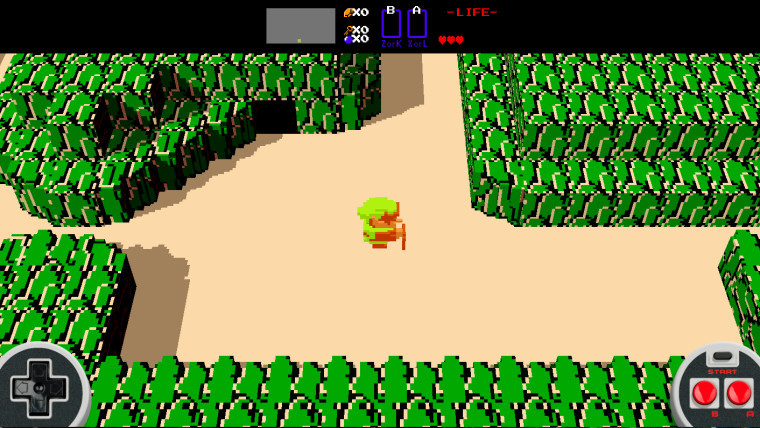 It was only a few days ago that we reported upon a fanmade tribute to The Legend of Zelda made by Scott Lininger amd Mike Magee. Despite the project serving as a tribute and celebration of the 30th anniversary of the popular gaming franchise, Nintendo have requested the two developers to remove the content from the website citing copyright infringement.

For an independent 3D remake, it was remarkably faithful to the original NES version of the game in many respects. As shown in the video above, gameplay seems to be fairly accurate from the beginning right through to the end of the first dungeon.

However, all may not be lost as Lininger and Magee have indicated plans to share their project according to their statement posted on the website:

Big thanks to the half million folks who played our game! We learned a bunch and wrote some code that others might learn from, too. We plan to post the project to Github soon, once we've had a chance to remove Nintendo-owned assets. :)

Given the notable interest in the browser-based game over its incredibly short lifetime, it wouldn't be surprising to see other versions of the game based from this source code to spring up elsewhere on the web. However, it remains to be seen as to whether or not Nintendo will be appeased with the removal of their assets from the game or if they will demand other alterations which may impact level design, sound effects, music or other elements.