After HMD Global announced the Nokia X6 (the company's first smartphone with a notched display) earlier this year in China and the Nokia 6.1 Plus in July, it may not be too long before consumers see another Nokia phone. That's because the Finnish company is reportedly working on its third X-series device, which will supposedly be called the Nokia X7 in China and Nokia 7.1 Plus elsewhere in the world. 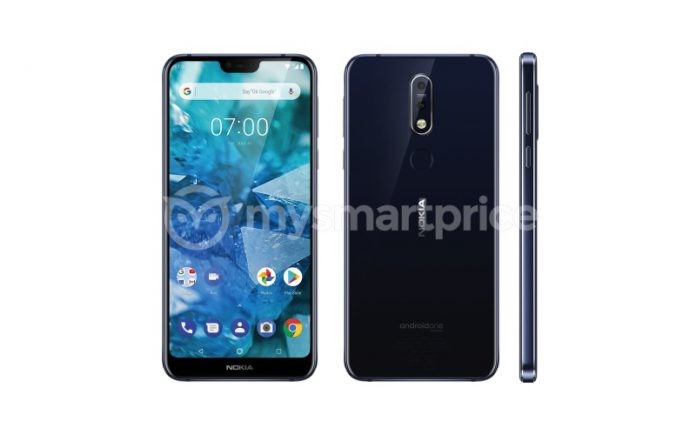 Based on the purported render of the device that leaked online, the Nokia 7.1 Plus will likely include a display with a notch featuring a 1080x2280 resolution. At the back of the device sits a Zeiss-branded dual-camera setup with an LED flash module, if the leaked render is to be believed.

The device will purportedly be powered by Qualcomm's Snapdragon 710 octa-core processor coupled with up to 6GB of RAM and 128GB of internal storage. It's also rumored to run Android 9.0 Pie out of the box with Android One.

Additionally, the upcoming Nokia device is rumored to ship with a circular fingerprint sensor placed below the rear camera module. Quite unsurprisingly, the Nokia logo is located below the fingerprint sensor. It remains unclear when the Nokia 7.1 Plus will be unveiled and how much it will cost, though rumor has it that the phone will be priced under Rs.25,000 in India.