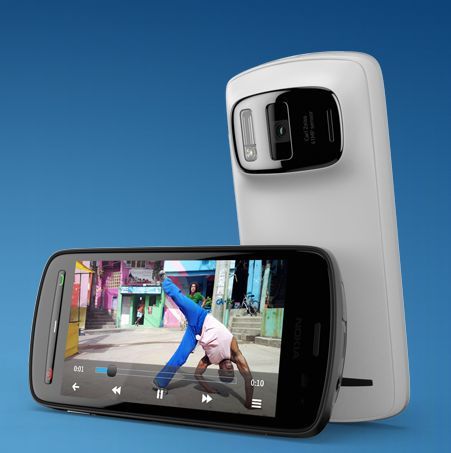 All this weekend, Nokia has been posting up teaser images and messages on its US-based Facebook page. All indications showed that the company was preparing a big reveal today for the US launch of its 41 megapixel camera-based 808 PureView smartphone. Now it looks like that phone is now listed as "coming soon" on the Nokia US website.

The page gives out information on the phone that was already announced back in February; The US version will run on the Symbian Bell OS and will still have a four inch ClearBlack AMOLED screen with Gorilla Glass. It will still have 16 GB of on-board storage and 512 MB of memory. It will also come in three colors; red, black and white.

That's pretty much it, at least for now. Nokia certainly teased its customers on its US Facebook site, but the end result of that campaign is very disappointing. Nokia has yet to announce when the 808 PureView will be released in the US. There's also no word on its price point.

Meanwhile, the UK Amazon website is now showing a pre-order listing for the 808 PureView. The site says it will be released on June 30 for the price of £499.98.