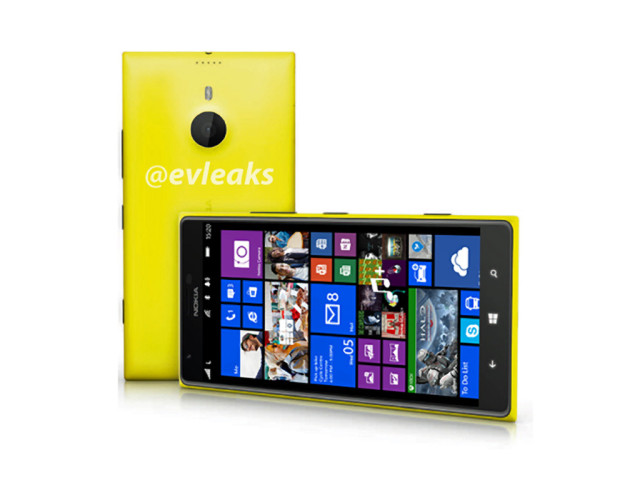 According to @evleaks on Twitter, the Nokia Lumia 1520 will launch on September 26th. Nokia is also planning an event in New York on the same day and previous rumors suggest a Windows RT tablet will also be announced.

Code named "Bandit", the Nokia Lumia 1520 is rumored to have a 6" 1080P display, the largest display on a Windows Phone. It is said to be running Windows Phone GDR3, which enables support for Snapdragon 800 quad-core chips, as well as 1080P support. The device will also have 32 GB of onboard storage, expandable via MicroSD card, and a 20 MP camera, which takes a 16 MP shot and over-sampled 5 MP shot.

The Lumia 1520 will be the first Windows Phone "Phablet", a phrase commonly used for large phones nearing mini-tablet sizes. If the press images are correct, there will be three columns of tiles on the start screen, a feature that GDR3 brings for 1080P phones.

The Bandit is expected to be released on AT&T in the United States, however @evleaks only noted that the device would launch on the 26th, not giving a release date for AT&T or other worldwide variants.

It was just three days ago when images of the Nokia Lumia 1520 were leaked, and if you're interested in the device we suggest taking a look at those.