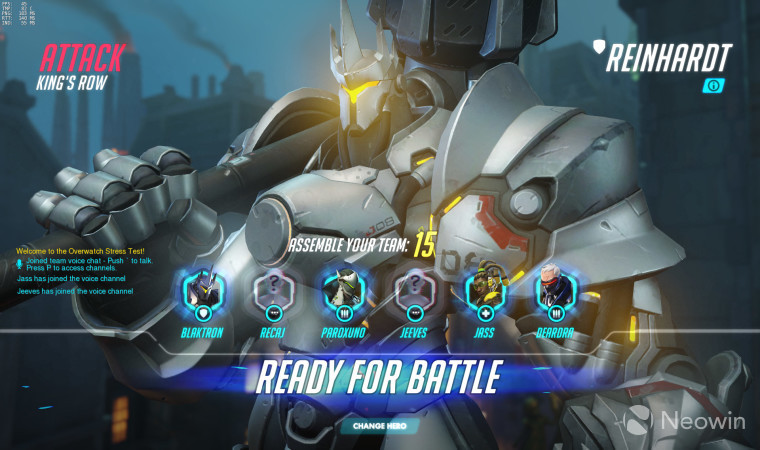 Nvidia's latest WHQL driver is now available to download, and the company says it's been optimized to give you the best performance in Overwatch - which is available starting today - as well as the upcoming War Thunder and World of Tanks.

The new driver - release 367 - offers support for running Overwatch on SLI configurations, and fixes an issue under Windows 10 that caused stuttering in Tom Clancy's The Division after 20-30 minutes. A number of known issues that affect systems running Windows Vista through Windows 8.1 remain unfixed, and you can read about that and more in the release notes here.

Nvidia also offers a recommended GPU and detail level guide for people targeting an average of 60 frames per second at various display resolutions in Overwatch. It seems you can get away with an entry-level card like the GTX 950 or equivalent if you only intend to play at 1920 by 1080, but if your PC Master Race dreams involve playing at 4K and high detail - you'll have to use a GTX 980 Ti or better:

If you're on the lookout for a new graphics card and don't mind waiting a bit more, Nvidia's first two Pascal graphics cards for consumers will land on May 27 and June 10, which means you can get your hands on a powerhouse like the GTX 1070, which packs almost as much punch as a Titan X for around $379.