BGR has an exclusive hands on with Microsoft Office for Mac 2011, with a nice gallery to boot. They take special notice of the general overhaul Microsoft gave the UI for this iteration, making people less dependent on the toolbar, and better incorporating the ribbon (introduced in Office 2007) into the new UI. Other functionalities, like macros for Excel, toolbox integration with multimedia tools like iPhoto, iTunes, Photo Booth, and Garage Band, are lauded. 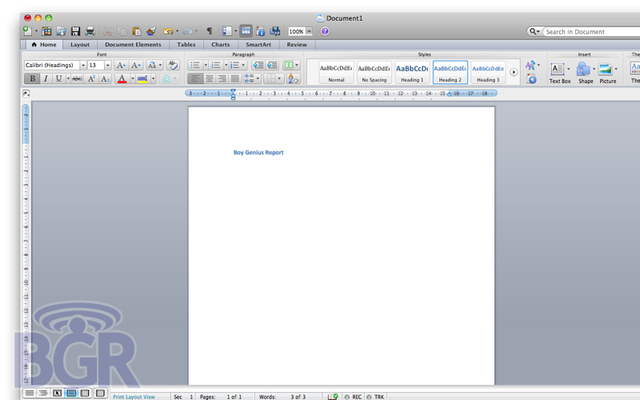 The biggest problem with new suite is Outlook, according to BGR. While they believe that Outlook for Mac is the most robust email client for overall use, Microsoft did not score points in the user-friendly department.

"It's definitely the best and most powerful email client we’ve ever used on OS X, but after using it for 10 minutes we honestly gave up on it. Why? Because it simply requires more work to get simple tasks done than on the Windows version. It sucks to say it, but given the choice between using the new Outlook for Mac and virtualizing Outlook for Windows, we’d go with the latter any day."