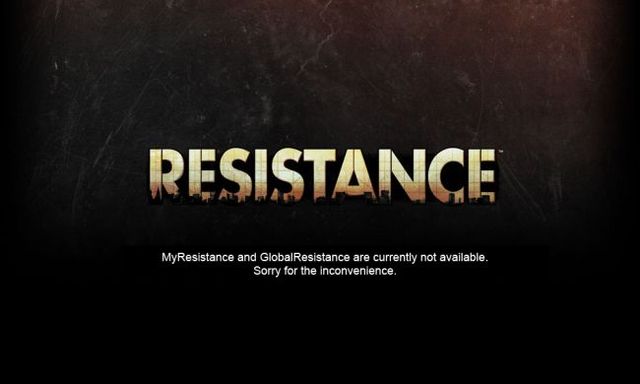 Is the gaming industry getting hit with a new series of cyber attacks? Just a few days after unknown hackers defaced the Steam message boards and gained access to a user database, the official web site for the Playstation 3 exclusive Resistance first person shooter games, MyResistance.net, is not operational. The message board forums are also currently down. A message on the site states, "MyResistance.net and GlobalResistance are currently not available. Sorry for the inconvenience."

Kotaku reports that visitors to the web site on Friday claim that MyResistance.net was delivering some kind of malware to web surfers. The report claims that one of them alerted the web site's administrator at game developer Insomniac Games which is when the site and the message board forums were taken down.

So far neither Insomniac nor Sony, the publisher of all of the Resistance games, have confirmed nor denied that any kind of cyber attack or malware intrusion has occurred on the MyResistance.net site but we will keep an eye out to see if any more is revealed about this issue.

With Valve confirming an attack on the Steam service this week combined with a possible breach at the MyResistance.net web site, it's not hard to imagine that the two incidents might be connected in some way. Hopefully this is not the beginning of a new series of cyber attacks against online game services and web sites.