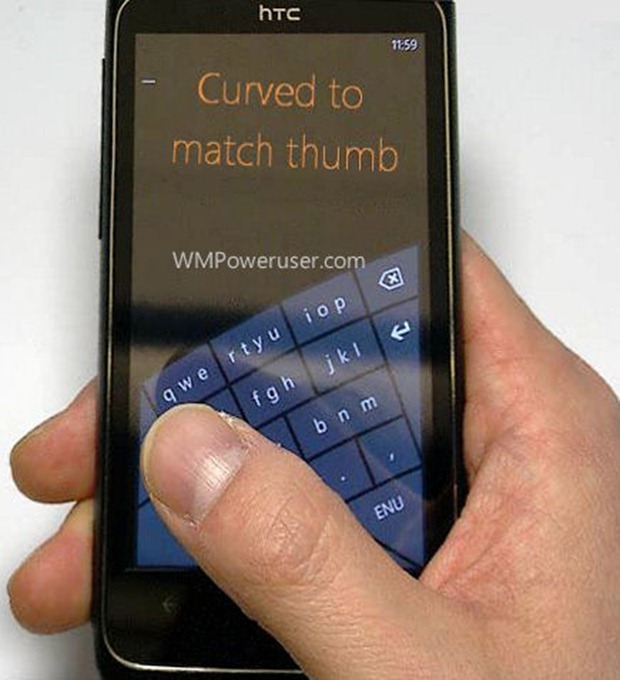 Is Microsoft or one of its Windows Phone hardware partners working on a new design for a touch-screen keyboard? Today, a new picture found its way to the Internet that appears to show an arc-shaped keyboard that is designed to be used with one hand.

The picture was leaked by WMPoweruser.com and shows the touch-screen keyboard UI running on a HTC Trophy. The design groups the letters in boxes of three or four per button. This should allow the keyboard to use predictive text software to guess which word is being typed in by the user. The article claims the photo comes from a leaked Microsoft Research presentation.

It's unknown if this keyboard is just for a research project or if it is actively being developed by Microsoft, or perhaps one of its hardware partners, as an option for Windows Phone 8. It's also possible that this could be one of the unnamed new features coming to Windows Phone 7.8, in addition to the previously announced new Start screen.

While the design is certainly interesting, we do wonder how many people would actually use it, since it seems to be dependent on how well it predicts the words that the user is attempting to spell.