An image of one of the very first Microsoft stores currently being built has surfaced on Maximum PC.

We've previously reported that the first Microsoft store locations would be in both Arizona and California. The picture shown below is from the Scottsdale, Arizona location, with a second store in Mission Viejo, California currently in the works. Both locations are planned to open this fall.

While there are plans to open more stores in the United States, Microsoft is planning to expand its stores globally as well. Microsoft stores are set to open in major European cities such as London.

Recently, the Microsoft store logo has been revealed, and documents were leaked revealing the possible layout of the store. However the company has said that those designs were early prototypes and that the plans were not finalized yet. 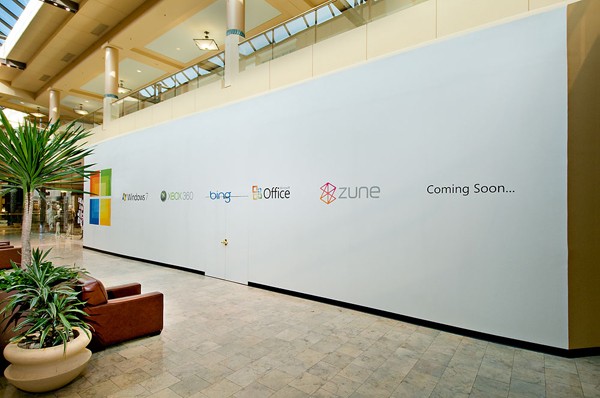