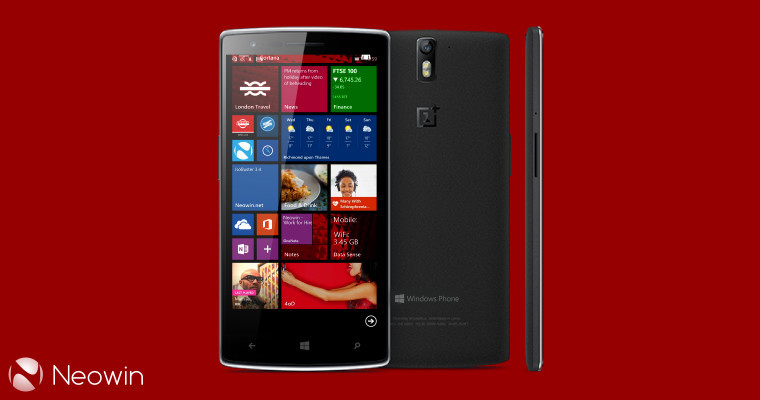 Microsoft has signed deals with lots and lots of Windows Phone hardware partners, but a new and unexpected partner might jump onboard in the near future: Android manufacturer OnePlus.

If the name doesn’t sound familiar, all you need to know is that OnePlus made some waves with their One smartphone, a handset with premium specs but an affordable price tag. Seeing the same handset with a Windows twist would no doubt delight some users.

The news comes from to an interview given to The Economic Times of India, where the company disclosed that it’s actively talking to Microsoft about a potential partnership for Windows Phone devices.

We have had discussions with Microsoft over a Windows Phone smartphone. We are still looking into it.

Unfortunately, it doesn’t look like the company has made up its mind just yet. However, considering Microsoft is very open to having new partners and has decreased hardware requirements so Android manufacturers can simply flash Windows Phone on their devices, there’s no reason why OnePlus couldn’t join the Windows Phone family.

Oh and speaking of manufacturers jumping onboard, check out which other OEMs should try out Windows Phone.