ORIGIN PC, a high end PC maker formed by a number of former Alienware team members, have made a living creating some impressive PC rigs, including the Big O, which merges the hardware of a PC and Xbox 360 into one unit. However, the company decided to publicly declare something that could be conidered a blow to a major provider of hardware for PCs. 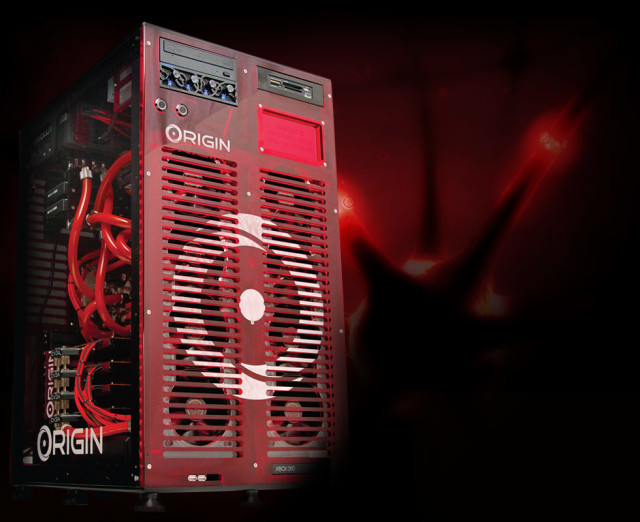 In a statement first sent to Engadget, ORIGIN PC announced it would no longer use AMD Radeon GPUs in its systems. The statement said that the decision was due to "customer experiences, GPU performance/drivers/stability, and requests from our support staff." Neowin decided to get some more information on this matter and received some new quotes from Alvaro Masis, a Technical Support Manager for ORIGIN PC, along with a statement from CEO Kevin Wasielewski.

Here's the quote from Masis in full:

Primarily the overall issues have been stability of the cards, overheating, performance, scaling, and the amount of time to receive new drivers on both desktop and mobile GPUs.

Here's the statement from Wasielewski:

ORIGIN PC is dedicated to providing the best experience for our customers and right now that is with NVIDIA GPUs. It’s not about brand loyalty or marketing, our loyalty is 100% to our customers. We work very closely with numerous manufactures and we are constantly testing and validating the latest hardware to provide options for our customers. Parts that ORIGIN PC validates have to provide an extremely high level of performance, stability, and support. As hardware changes and evolves, so do we. We will continue to focus on providing the best possible experience for our customers, regardless of brand name, and devotedly dependent on customer satisfaction.

That last quote from Wasielewski is interesting since ORIGIN PC is one of the system builders that has teamed up with NVIDIA for their new Battlebox program of creating a lineup of high end gaming PCs. The fact that Wasielewski says that the decision to do away with all Radeon GPUs in favor of NVIDIA was "not about brand loyalty or marketing" would seem to be an indirect way to address concerns that NVIDIA had somehow "bought" the loyalty of ORIGIN PC. We hope to get a more detailed explanation from Wasielewski in the near future.

Neowin has sent an email to AMD for comment but as of this news post they have yet to respond to our inquiry.