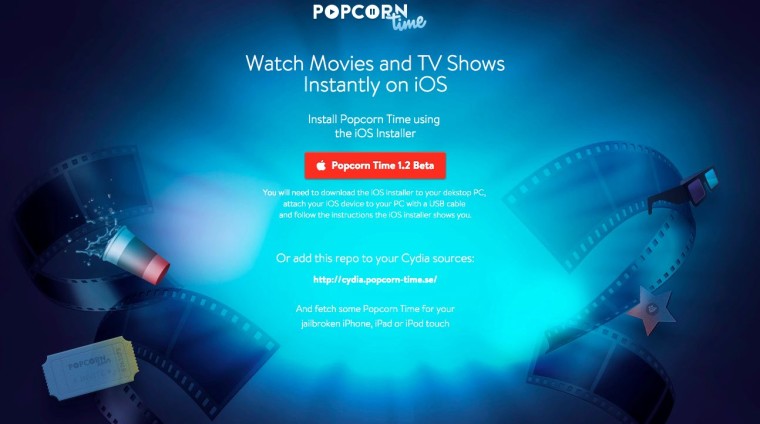 Popcorn Time is a well-known streaming application that enables a user to pirate hundreds of TV shows and movies. But, unlike Netflix or Amazon Prime, there is no subscription fee and the streaming is sourced from torrents. Interestingly, Popcorn Time is making its way to iOS.

The popular streaming app has finally made its debut on iOS, but as you would imagine, it isn't available directly from the Apple App Store. Instead, those curious will have to download a Windows installer that will populate the app on your iOS device. According to TNW, the app is a bit rough, but does offer streaming and works decently well. The app also supports AirPlay and Chromecast.

Naturally, Apple will likely update iOS in order to prevent Popcorn Time from working in the future, but the development team behind the app is committed to making it work with future iterations of iOS. Currently, Popcorn Time is in beta for iOS and is also available for Windows, OSX, Linux and Android.

Source: Popcorn Time via The Next Web