Last month Rock Band released a teaser image that suggested there would be a keyboard in Rock Band 3. Now the details are out on all the instruments that are going to be available for the game. According to ars technica, Mad Catz has released the details on the new controllers that will be available along with all the upgrades. There will be a keyboard, a new three piece cymbal kit, a re-tooled guitar and a MIDI adapter. All this will cost around $370 with a copy of the game. 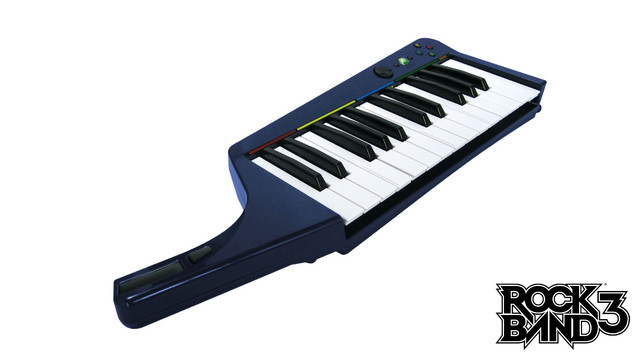 The newest controller in the game is the keyboard which can also be used as a two-octave MIDI keyboard outside of the game. The keyboard will come with a strap so you can wear it like a keytar or you can set it on the stand that will be available when the game launches. They keyboard can also be used to play the guitar and bass parts if needed. 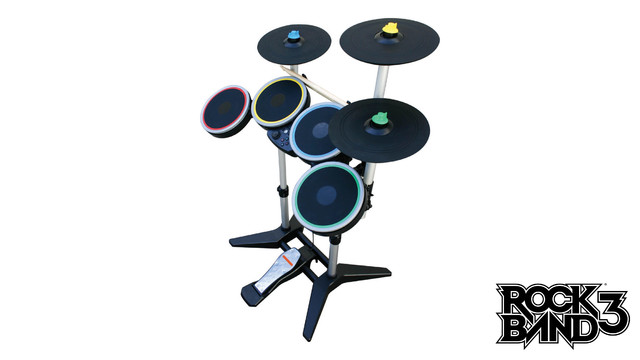 The drum kit will come with an upgraded cymbal kit. The cymbals are compatible with older drum kits. The upgraded cymbals will feature increased sensitivity and sound-dampening rubber. 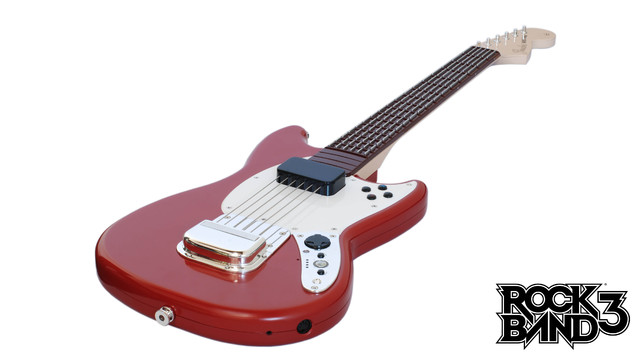 The new guitar, a Fender Mustang PRO, has a 17-fret neck with touch sensitive strings. The guitar has buttons or each string and fret on the neck and can be used as a fully functional MIDI guitar.

The last new deice is the MIDI PRO adapter which lets players use their MIDI keyboards and drums to play the game. This means that if you've already got a real keyboard or real drum kit that supports MIDI output you can use it with Rock Band 3 for a near authentic experience. By the next release of Rock Band gamers will most likely be able to use their own MIDI guitar and bass for a completely authentic experience.