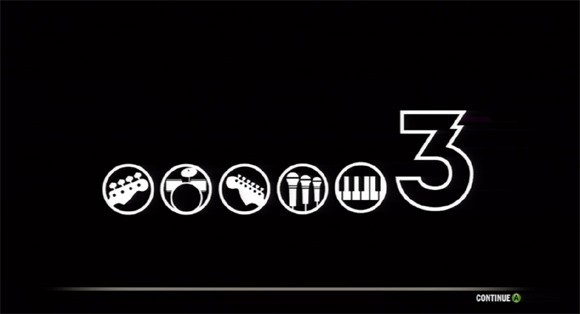 Xbox360 owners have the opportunity right now to download a two song demo of Green Day:Rock Band from the Xbox Live Marketplace. The demo contains two songs, Boulevard of Broken Dreams and Welcome to Paradise.

When you open the demo it shows a teaser image for Rock Band 3 with the standard bass, drums, guitar and microphone icons in the image. The last one though, is a new ones which indicates there may be a keyboard in the next edition of Rock Band, according to Joystiq.  The added perphial might possibly allow more players at any given time, or an extra instrument to choose from when playing multiplayer.

It's been nearly two years since Rock Band 2 was released so a new version on the horizon makes sense. Each release of Rock Band has introduced something new as well making the addition of a keyboard the next logical step in Rock Band's progression.