Apple’s WWDC conference is set to start very shortly, where the company will detail the iCloud cloud music service, Mac OS X 10.7 Lion and also the next version of iOS: iOS 5. What TechCrunch has obtained could possibly be the latter; a screenshot of the upcoming iOS5 home screen complete with what appears to be a Twitter notification right there at the top of the screen. 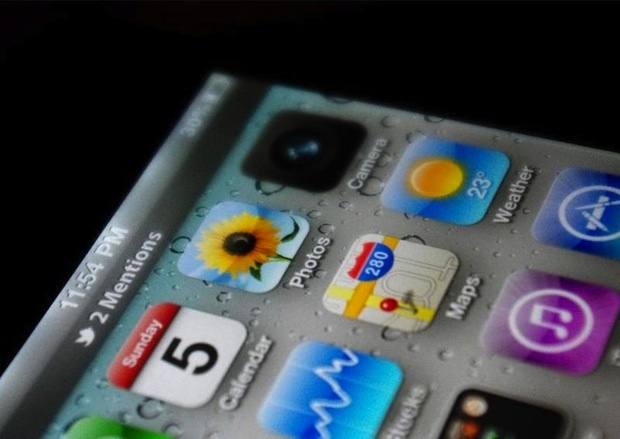 This shot appears to confirm two suspicions the tech world has had about what is coming in iOS 5: solid Twitter integration and notifications. TechCrunch cannot confirm the validity of the image, however given how Apple currently handles some things within the mobile OS it is more than likely this image is the real deal. For one, the way notifications appear to be handled looks very similar to the blue strip you see when tethering your device and the green strip during calls. Secondly, it is more than likely that some developers have got their hands on the OS before tomorrow’s unveiling.

Again, not much is known at this stage about the updated notifications or Twitter integration in iOS, however these are not the only features rumoured to be included with iOS 5. Other rumours have included widgets on the home screen to rival Android, automatic application updates, OTA system updates and some form of iCloud integration. All will be revealed at the opening keynote delivered by Steve Jobs, slated for 10am PST later today.

Update: Commenter Leonick rightly points out (thanks to other sites) that the font used in this notification mockup is Myriad, which is not the system font of Helvetica. This likely has debunked this photo from being real, however could be very similar to what is the real style of notifications in iOS 5.