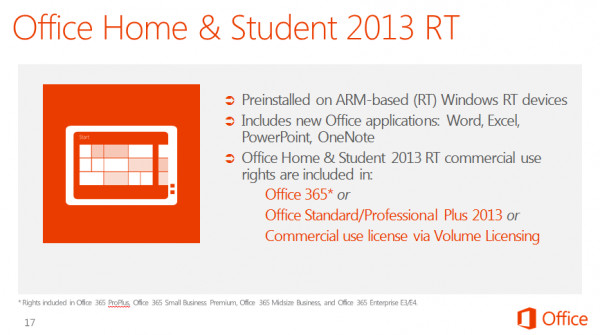 Microsoft made a lot of waves several months ago when it announced that all Windows RT tablets, including the company's own Surface RT tablet, would come with a free version of Office Home and Student 2013 RT. One thing that was not included in that version of Office was an Outlook email client.

Now there's a new rumor that claims Microsoft is in fact working on an Outlook client for Windows RT. ZDNet.com reports, via unnamed sources, that while the program is being worked on, there is also apparently some internal debate at Microsoft over whether or not it should be released to the public.

That's because Windows RT has a Modern Mail app already available to use and that some in the company don't want to have an Outlook client for RT available as well. The article also states there's been talk of even renaming the Windows RT Mail client to "Outlook."

So far, Microsoft has only said that Office Home and Student 2013 RT does not come with a version of Outlook. Keep in mind that this version of Office is meant for the desktop UI of Windows RT and is not available in the Modern UI.