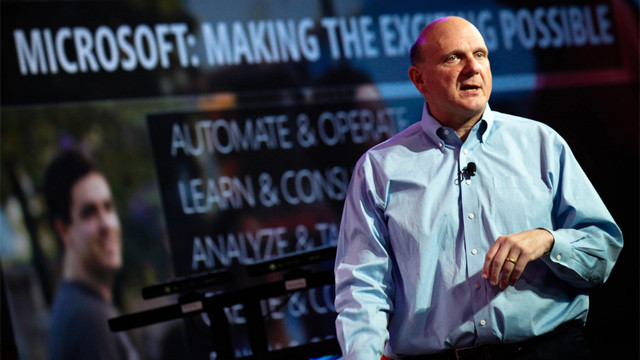 Microsoft CEO Steve Ballmer may have to deal with an activist investment firm on the company's board.

In April, it was revealed that the activist investment firm ValueAct Capital Management had bought a $2 billion stake in Microsoft. While there was speculation at the time that the leader of ValueAct, Jeffrey Ubben, was planning an effort to get rid of Steve Ballmer as Microsoft's CEO, Ubben later said that they had no plans to interfere with Microsoft's future strategies.

Now those plans from ValueAct may have changed. Reuters reports, via unnamed sources, that the firm has been in talks with Microsoft about possibly putting in a representative from ValueAct on Microsoft's board of directors. Neither ValueAct and Microsoft commented on the claims.

If true, this would seem to signal a more hands-on approach from ValueAct in regards to influencing Microsoft's future plans. The report comes on the heels of Microsoft's latest financial results, where it took a one time $900 million charge because of a price cut on its Surface RT tablet. The news caused Microsoft's stock price to plummet 11.40 percent in trading on Friday. Reuters claims that ValueAct may be opposed to Microsoft launching its own computers.