A brand new strategy game is coming from Ubisoft in form of a "RTS (Real time strategy) with a twist." Ubisoft is promoting this game as a complete brain experience, meaing that just running and gunning to your enemy is not going to work. 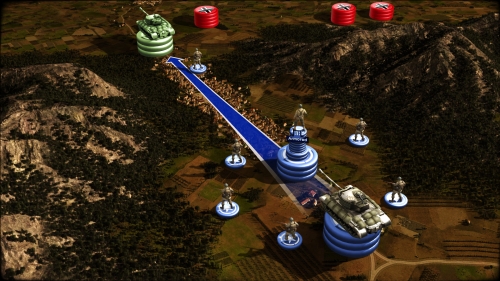 The game is being developped by Eugen Systems, the ones respsonsible for the strategy game Act of War: Direct Action. This game will also be optimized for the new Intel Core i7 line of processors. The time setting for the game is World War 2 (yeah we know this theme is getting a little old too) and will be running on the IRISZOOM engine where the main attraction will be it's ability to zoom in and out smoothly in real time.