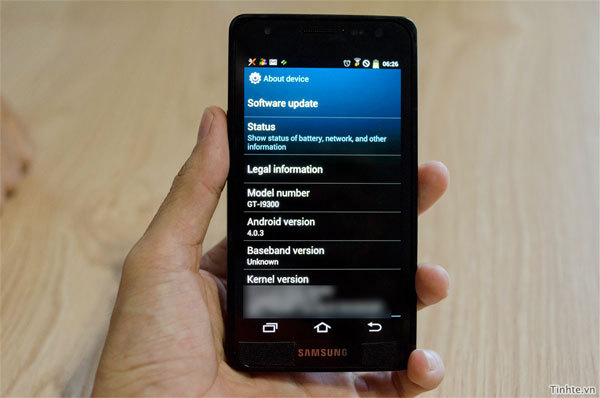 Samsung is highly likely to officially announce the Galaxy S III smartphone in a press event in London in early May. However, it looks like a Vietnamese website has managed to get a hold of what looks like a working prototype for the smartphone.

The site Tinhte not only got their hands on the smartphone, they also posted a video that showed off the features of the device, which has the internal model name GT-I9300. The specs seem to confirm what has been reported before about the Galaxy S III, including that it will have a quad-core processor, Android 4.0 out of the box, a four inch screen and more. It's not yet clear as to how the site managed to get a hold of the product.

Unfortunately Tinhte was apparently ordered to take down their video of the leaked smartphone by Samsung soon after it was posted but Engadget managed to post a local copy of the same video. Samsung's official reaction to the Galaxy S III video leak didn't deny anything, but said simply, "We will be able to tell you more at the 2012 Samsung Mobile Unpacked." That sounds like an unofficial confirmation to us and we will learn more on May 3rd.