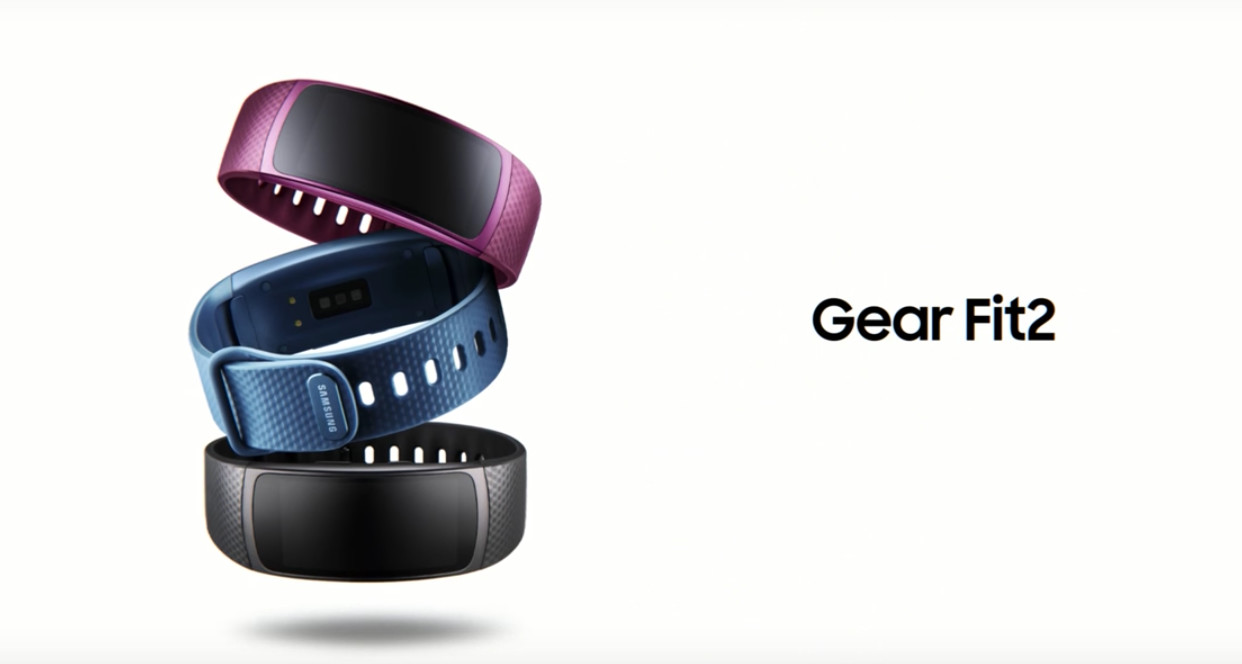 A few months back, we reported on a leak of Samsung's upcoming Gear Fit successor and the IconX wireless earbuds. Samsung has now officially unveiled both products, which look to be fairly compelling stand-alone products aimed at those that engage in physical activities.

Although the Gear Fit was a decent product, it really didn't offer anything compelling and actually felt a bit inferior to its Gear Watch counterparts. The Gear Fit2 looks to change that, offering a larger S-AMOLED display, integrated GPS, heart rate monitor, and better activity tracking. The Gear Fit2 will also be able to store music thanks to its 4GB of onboard storage and will be IP68 certified, allowing for the wearer to hop in the shower or go for a swim.

In addition to the newly added features mentioned above, Samsung has also improved battery life, claiming that the new Fit2 will be able to work for four days on a single charge. Naturally, the battery life will vary, depending on how much the unit is used.

Samsung's second offering is a set of wireless earbuds that will be able to track your fitness activities, heart rate and store music. The wireless earbuds can be controlled via voice commands, but will also offer a capacitive button.