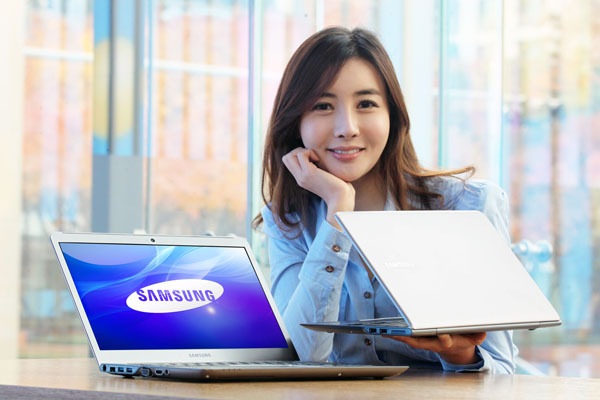 So far, all of the PC notebooks that have been based on Intel's thin-and-light Ultrabook design have not had the room to allow for an optical drive to to the thin cases. That's going to change, at least for people who live in Korea. Samsung has just announced plans to launch two models of its new Series 5 Ultra notebooks in that country. One of the notebook models contains an optical drive but Samsung has received permission from Intel to call it an Ultrabook thanks to the notebook's still thin design.

You can also get a regular hard drive for the notebooks with the 13 inch model limited to 500 GB while the 14 inch version allows for 1 TB of hard drive storage. The press release doesn't have any information on what Intel processors will be inside these Ultrabooks.

Both models will launch in Korea later in December with the 13 inch version selling for 1.49 million won ($1,300) while the 14 inch version will sell for 1.54 million ($1,345). There's no word yet on when or if these Ultrabooks will be released in other parts of the world.