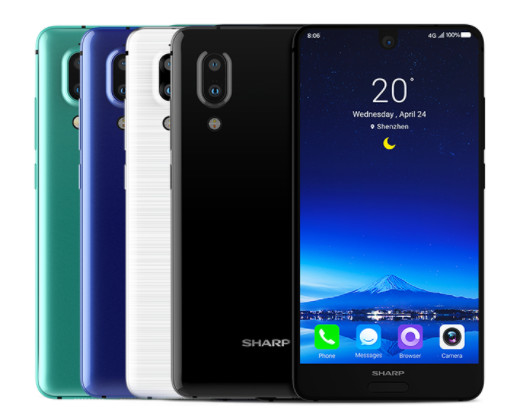 After being rumored for a couple months, Sharp has finally revealed its latest handset in the form of the AQUOS S2. While it was initially rumored to be preparing a phone with all four of its sides without any bezels, unfortunately, the real product isn't quite as impressive. As you can see from the image, the phone does, in fact, have quite a large chin on the bottom, and the display does also have some interesting notches in the upper right and left-hand corners. But just because it doesn't offer a true bezel-less design doesn't mean it is commonplace; the phone still offers an impressive screen-to-body ratio of 87.5%.

As far as the rest of the specifications, the Sharp AQUOS S2 will come in two models and will offer: