News has hit the internet today that Microsoft has updated a slew of their Windows 8 applications included with the OS in preparation for the Release Preview in early June. While the updates are not available to Consumer Preview users, The Verge reports the updated apps are being tested on the latest internal builds at Microsoft before the impending Release Preview. 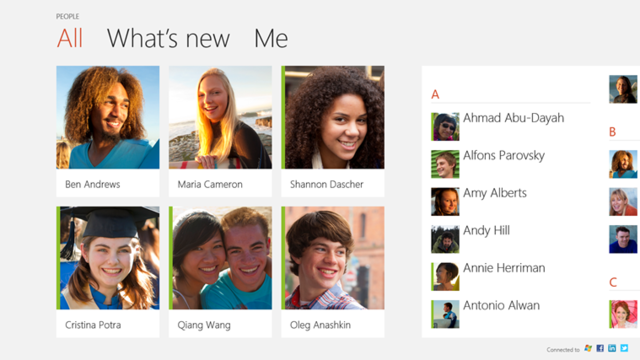 The list of updates includes the Mail, Calendar, People and Messaging apps (all as a group), Photos, Reader and Music. Most simply note that they have been updated to "support the latest Windows 8 changes", while the Reader app reveals that the app has been updated for the Release Preview. The screenshots for the apps don't appear to show off any cool new features we haven't seen before, but perhaps a vigilant reader might notice something different save for the removal of the App Preview banner.

Again it's unfortunate that the latest versions of these applications are not yet available in the Consumer Preview, but it at least shows that Microsoft is making progress towards the June launch of the Release Preview. We expect that there will be a number of changes to these apps when they are released alongside the next Preview version, but what exactly still remains a mystery.