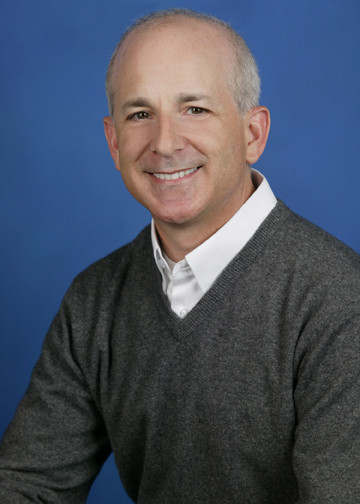 Many of us at Neowin have been interested in Steven Sinofsky’s recently launched blog Learning by Shipping and what he has to say about product development.  The lengthy posts have a lot of detail with them and we thought we would ask some follow up questions in the spirit of the dialog Mr. Sinofsky is kicking off on the blog. He graciously agreed to answer our questions via email.

In your blog post on creating a plan for a product, you talk about the project having one or two "big bets". Is it possible to create a successful product that doesn't include such a "big bet" and simply recreates an existing product in a slightly different form?

For this and the other questions, it is good to keep in mind that product development is social science and that means that there is no single, or right, answer. Context and the resources at the disposal of the team play an important part in the choice of potential solutions. Folks do like to call out the length of the blog posts and as fair as that is the reason is just because the problems being tackled are complex and contextual. Perhaps because my own experience I also tend to think others with the job of making products will see value in reflecting on the complexity, knowing that snappy answers are hard to come by in practice (as much as we’d like to have more of them). A “big bet” is really just a label for the work that the team should rally around collectively.

That means it could refer to an architectural change, a new type of feature, a new approach to business, or even a new way to release the product--all compared to what was previously done (by the team or competitors). It seems to me that any project has a big bet. Without that focus, it will be challenging to articulate to the team, and certainly customers, the big “why” for a product existing. In your example, the big bet is actually a bet to recreate the product. Implicit in that would be “we’re not going to just keep doing things the way we did them before”. For example, if your service was primarily a browser-based site and you decided to provide all the same features in an app, but not update the site (rather than add new features to the site) then this seems like a big bet.

In your blog about learning from competition, you speak of one way is to write about that product as if you were a PR person on the other side. Do you think that members of the press could also learn from this as they try to report and review products themselves?

I don’t think you want me to kick off an answer suggesting how members of the press could learn or do their jobs :-) But I take your question to ask if the technique of walking in another party’s shoes is a good one for product reviews. I think that is a very helpful approach not just for reviews but for everyone. Not every product and certainly not every product feature is for everyone, but being able to appreciate the work for the target customer is important. This is much harder than it looks. It is more than just “giving it a try” but really gets to investing the time and energy to understand that other context.

From the post, an example might be to use the product the way it was intended rather than raising as an issue that the product did not do things in a familiar way. This is especially true for new product categories or for products that are taking a different approach. The flip side of course is just liking something simply because it is different. There's a balance there that is important to really understanding a new product or service release. Perspective is important in both the design and evaluation of products.

Your latest blog post talks about working with your team when some might disagree with others on some parts of the project. Can such disagreements among team members lead to a discovery that perhaps can change the entire project for the better or is the fear of creating a further rift not worth the risk?

In any project there’s a chance that something will happen during development that might cause one to want to revisit a whole project or approach. On a big project this can happen to a subsystem or feature area as well. This can cause a real loss of confidence -- competitors can announce a similar idea or even a better implementation, for example. That's the real world and stuff happens. You have to make those calls and have the agility in your system to work through the challenges depending on the context. Internally, absent new data one might ask if this disagreement is really the same disagreement from the start of a project. It is tough to see revisiting a whole project because someone is again raising an earlier issue.

There’s always a chance that the project was ill-conceived and that the issue raised was real and someone was “right” but the team went in another direction. This is especially true if there is a planning process with a lot of voices or perspectives (which is a good thing). In this case, I’m reminded of a line from Buckaroo Banzai (https://www.imdb.com/title/tt0086856/) that I like to paraphrase, “no matter what happens someone always said it would.”

You wrote a terrific CES 2013 round-up. One thing that you talked about that was on a downward trend at CES was 3D TV. Do you think that 3D televisions still have a long way to go before they truly become mainstream and are there any other technologies out there that you feel may go down this same path?

Thank you for the kind words on the trip report. In the report I noted the relative absence of 3D compared to last year. While technologies appear and then slowly transform or fade, it does seem rare that something would be so present and have so many products you can actually buy in one year and then be so thinly shown the next year. As I said, the world is 3D so it seems unlikely that we’ve seen the last of the technology just because the current implementation doesn't seem to be exciting a broad consumer base. In some ways, gesture control had a similar feel. At the same time many people are working hard on smaller and more reliable implementations with varying characteristics.

I mentioned seeing one technology (on background) that seemed to move the needle in terms of implementation. Given the rapid rise of touch everywhere when it comes to user interaction, it seems gesture will play a role more broadly given that some screens will be big enough and/or our of physical reach that touch will be less convenient than gesture control for some scenarios. One potential observation is that often at the industry shows we all collectively get excited about one technology replacing another. In reality, things evolve and often technologies are additive. For example, 3D or gesture might be on all screens soon enough but not used for all content or interaction. That might not be as exciting as “world moves to X” but is more representative of how things evolve over time, at least in the shorter term.

Thank you for the chance to continue to expand the dialog. I think product development is a complex topic and so any chance we have to keep the discussion going about these challenging problems we all engage in is a good one.

We would like to thank Mr. Sinofsky for answering our questions