Time for a joke! What do you get if you cross a phone with a tablet? A phablet! Okay, it’s not funny, but when it comes to mobile devices, when is big too big? In the case of phones, when it can’t fit in your pocket. 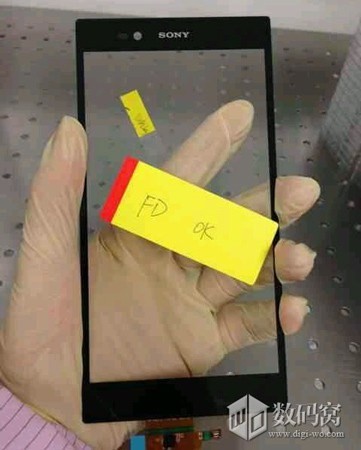 An image posted on Digi-wo has shown that Sony may be able to release their own slab of a phone. The image shows what would be the front of the device, all 6.44 inches of it. Apart from the image showing the screen size, the only other bit of information available is that the screen is FullHD, 1080p capable.

If true, this phone would eclipse the latest Sony Xperia Z, with its 5-inch screen. And with Mobile World Congress coming up February 25-28, it looks like it could be the perfect time for Sony to reveal its foray into the phablet world.

Looks like bigger is better. Time to go and look for bigger pocketed trousers!